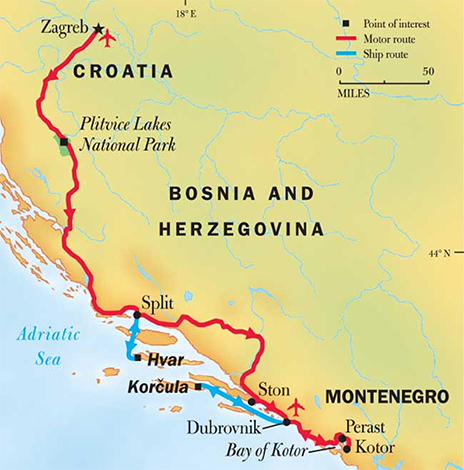 Stretching along the stunning Adriatic coastline, Croatia harbors an enchanting intermingling of imperial influences—its shores having been conquered by Roman emperors and Venetian doges, Ottomans and Austro-Hungarians. Discover the country’s diverse cultural history in the long-time capital of Zagreb; Diocletian’s Palace in Split; and Dubrovnik, a former maritime power. Cruise to picturesque islands that beckon from just off the coast, meander along a chain of gem-like pools in Plitvice Lakes National Park, and cross the border into Montenegro to explore the magical medieval villages dotting the shores of the Gulf of Kotor.

This expedition is available from May through October.

*Prices are per person based on double occupancy (unless otherwise noted) and do not include international airfare to/from your destination. All prices and fares are quoted in INR and subject to GST & change.

What's Included
What To Expect

This trip has an activity rating of light; travelers should be physically fit and comfortable walking or standing for extended periods, navigating uneven or slippery terrain, and climbing stairs without handrails. Excursions include city walking tours, visits to historic sites, ferry rides, and easy hikes. There are some drives of up to 5 hours.

Accommodations
Throughout the expedition, you’ll stay in accommodations selected for their exceptional quality, location, and character.

Expedition Team
Top private guides will accompany you throughout the trip, and local experts will meet with you along the way as described in the itinerary.

Arrive in Zagreb, Croatia’s capital since 1557. Transfer to your hotel, located steps from Ban Jelačić Square—the city’s central gathering spot. Enjoy the rest of the day at leisure, exploring streets where Austro-Hungarian, Baroque, and Brutalist architecture intermingle. Consider a stroll along the cobbled lanes of medieval Gornji Grad, or Upper Town; or take a seat on a sidewalk terrace to experience Zagreb’s thriving café culture.

Set out on a private walking tour of Zagreb, beginning at the Lenuci Horseshoe—a series of interconnected parks lined with stately Habsburg-era architecture. Visit the 13th-century St. Mark’s Church and admire its quilt-like tiled roof, then step into the Cathedral of the Assumption of the Blessed Virgin Mary to view the artistic masterpieces within. Continue through the Stone Gate—the eastern gate to medieval Gradec that also serves as a religious shrine—and then browse the stalls at Dolac Market. Ride the shortest cable car in the world to the city’s Upper Town, and stop by the Croatian Parliament. Enjoy an afternoon to explore on your own.

Travel to Plitvice Lakes National Park, where beech forests harbor a terraced limestone landscape of 16 aquamarine lakes, connected to one another by tumbling waterfalls. Join a private guide for a walk along the boardwalks that weave through the picturesque scenery, learning about the unique geologic phenomena that created this World Heritage site. Enjoy time to explore the park on your own this afternoon.

Head to Dalmatia and begin your exploration of the stunning Adriatic coast in Split. This economic and administrative hub was first settled in the third century, when the Roman Emperor Diocletian built his palace here. Take a private tour of the lively seaport and its old town, a World Heritage site located within the ruins of the old palace walls. Pass through the Golden Gate and step into the Temple of Jupiter. Visit the fish market, and then see the works of Croatia’s premier modern sculptor at the Meštrović Gallery. Enjoy the rest of the day to explore on your own.

Board a ferry bound for the charming isle of Hvar, whose town center was built by the Venetian doges. Visit the Arsenal and Cathedral of St. Stephen, and then climb to the hilltop Hvar Fortress for sweeping views over the red roofs of the old town and the sparkling Adriatic beyond. Enjoy a tasting of local wines, including Prošek, a dessert varietal made from dried grapes. Return to Split for an evening at leisure.

Transfer to Dubrovnik, stopping en route at Ston, home to one of the longest fortifications in Europe. Walk atop this stone wall, which winds its way across a lush hillside, and explore some of its many towers and forts. Then board a boat for a private excursion to offshore oyster beds and enjoy a tasting straight from the sea. Continue to Dubrovnik and settle into your waterfront hotel. Spend the remainder of the day at leisure in this stunning city, known as the Pearl of the Adriatic.

Enjoy a half-day private tour of Dubrovnik, beginning in the World Heritage-listed Old City. After breaking from the Venetian Republic in the 14th century, the city became a major maritime power of the era. Take a walk along the ancient city promenade called Stradun, venture into the magnificent cloister of the 14th-century Franciscan monastery, and visit the Rector’s Palace with its mix of Gothic and Renaissance architecture. Later, set out on a kayaking excursion along the Adriatic’s sparkling waters, paddling to the nearby island of Lokrum for breathtaking views of Dubrovnik, or travel to Lokrum by boat and tour the island with a private guide.

Cross the border into Montenegro and spend the day discovering the beautiful Gulf of Kotor, designated a World Heritage site for its harmonious integration of medieval architecture into the terraced waterfront landscape. Visit the enchanting Venetian town of Perast to discover its many churches and grand palazzos. Continue to the city of Kotor to explore its perfectly preserved center, brimming with Roman, Byzantine, and Gothic buildings; and step into its 12th-century Cathedral of St. Tryphon. Return to Dubrovnik later this afternoon.

Cruise to the island of Korčula, and set out on a private tour of the island’s well-preserved medieval walled city—the purported birthplace of Marco Polo. Stroll narrow streets and step into stunning palaces, piazzas, and Renaissance and Gothic churches. Visit St. Mark’s Cathedral and, if you wish, climb its bell tower for breathtaking views over the town.

Transfer to the airport to catch your flight home. 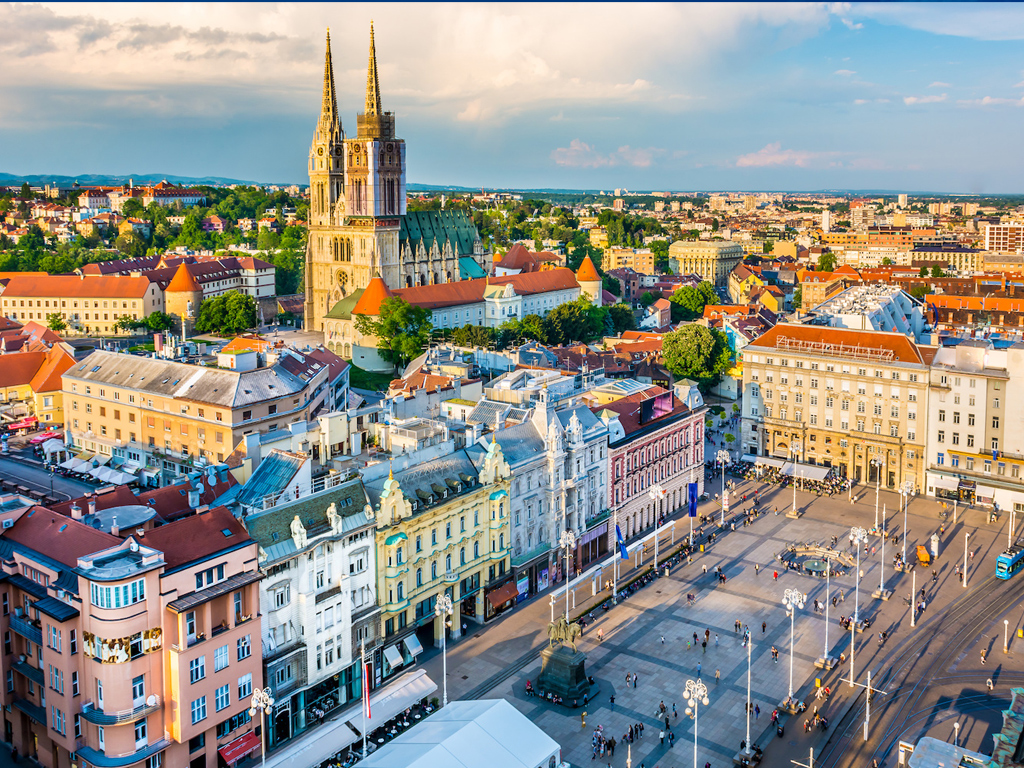 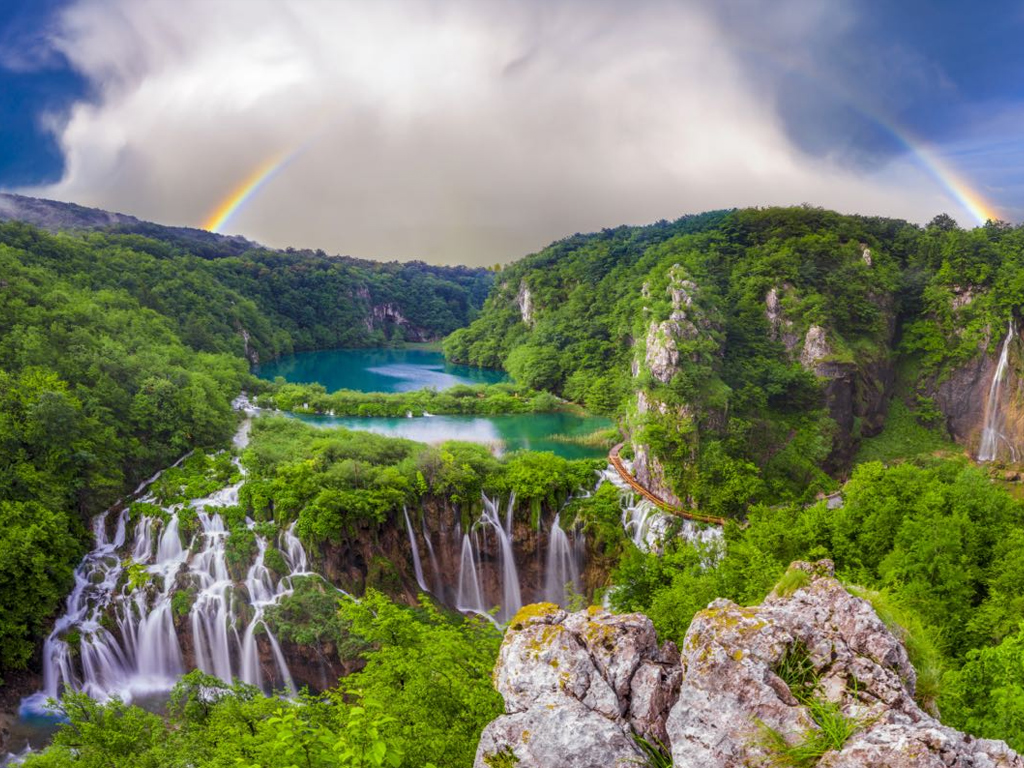 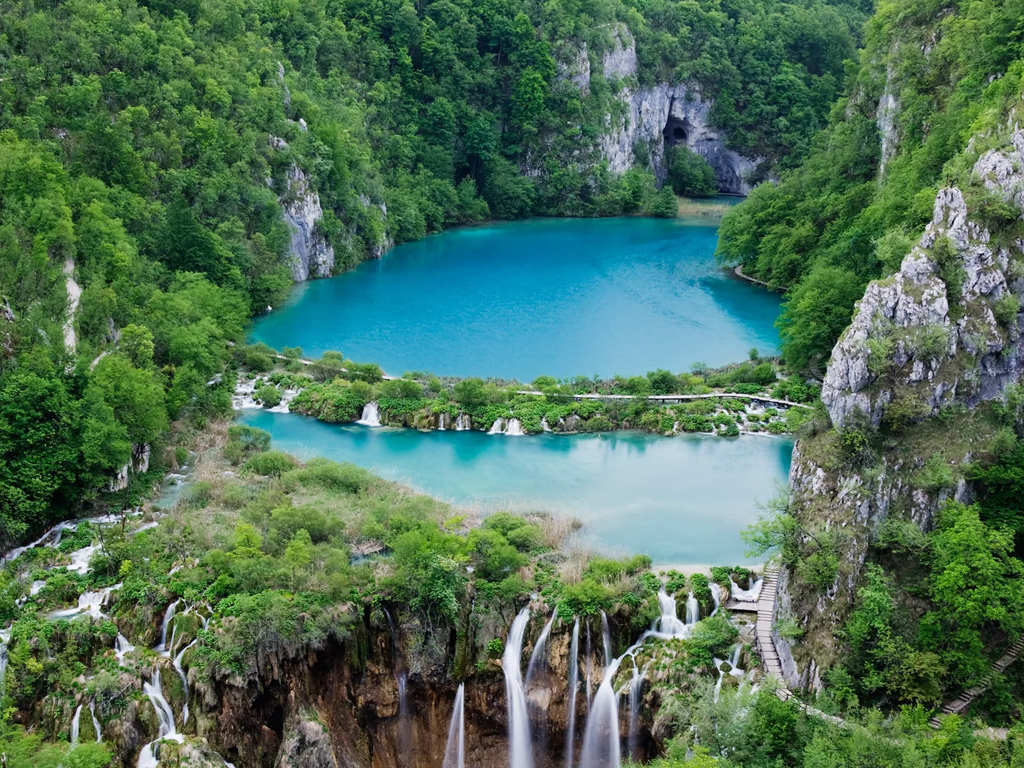 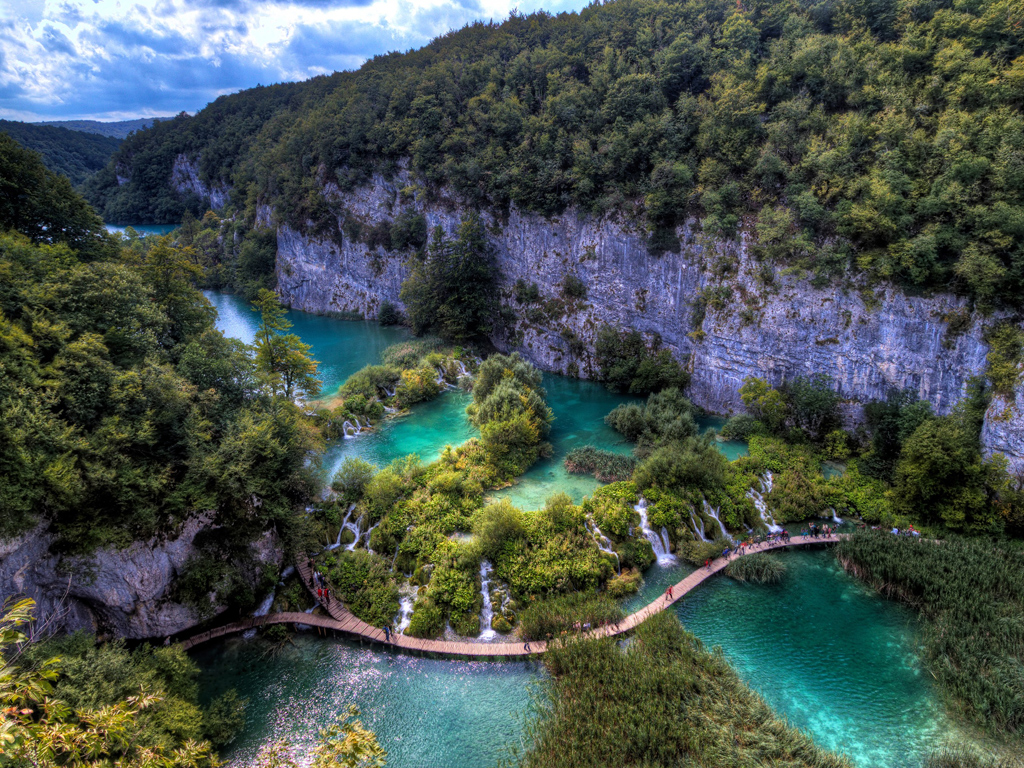 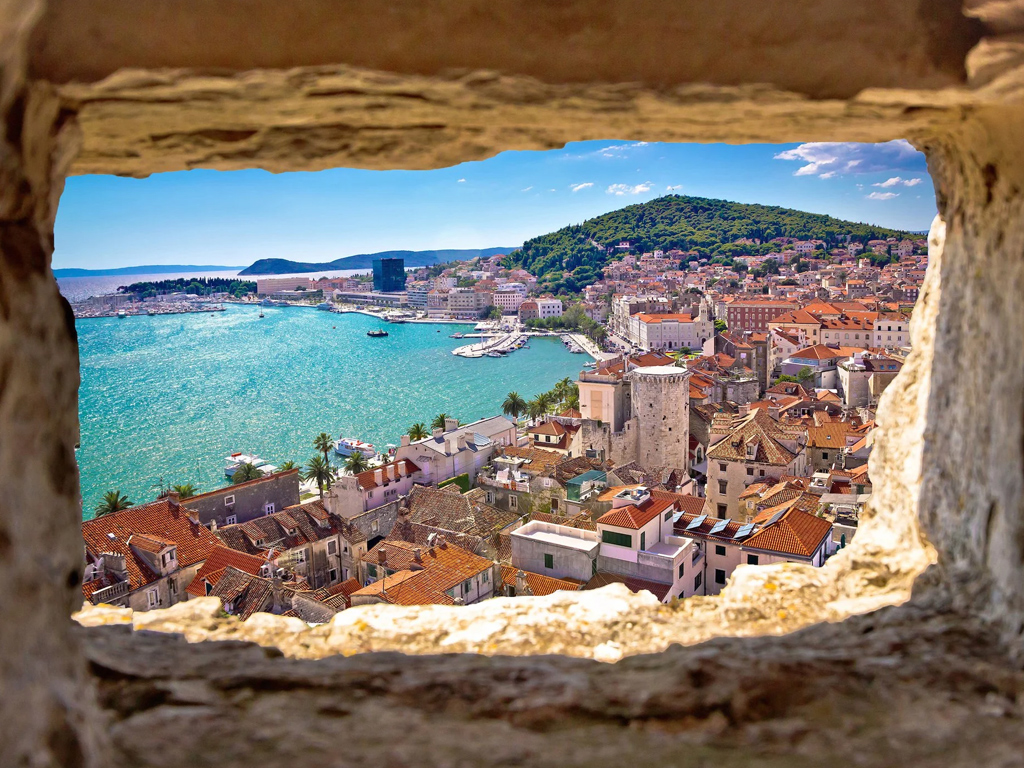 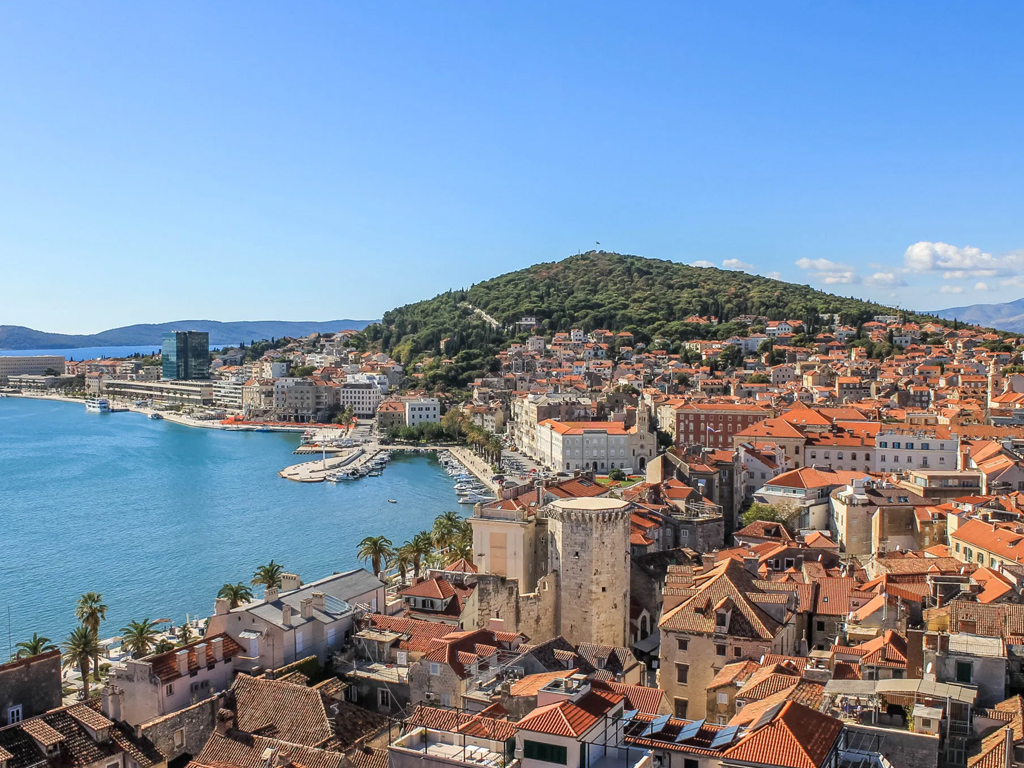 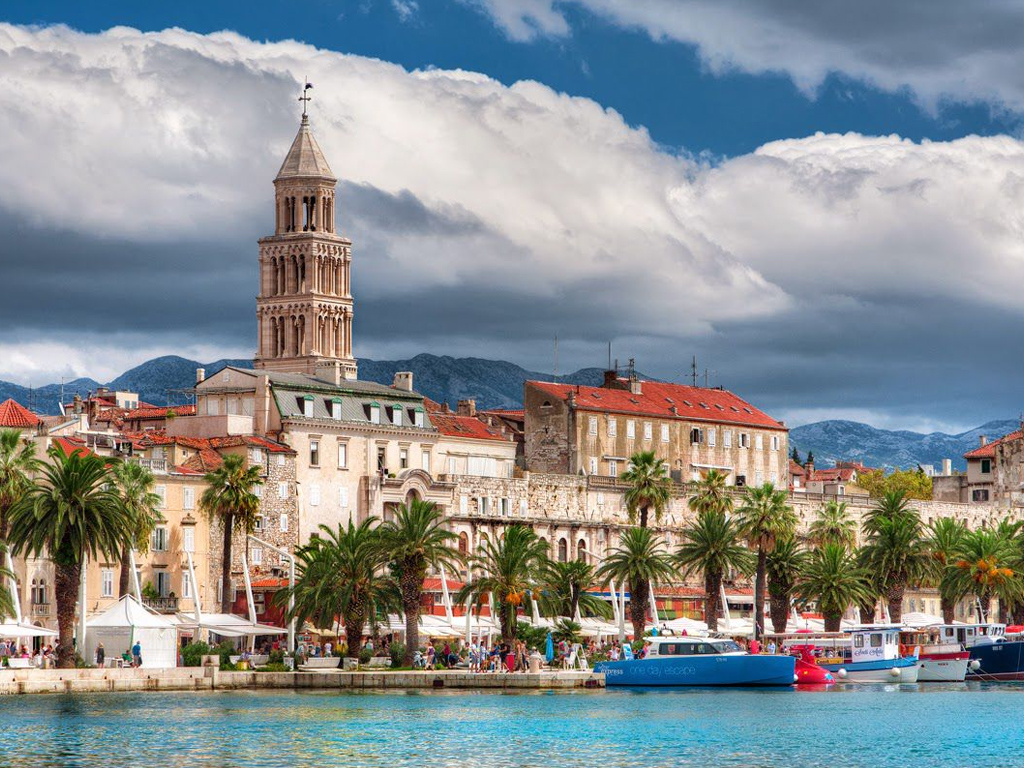 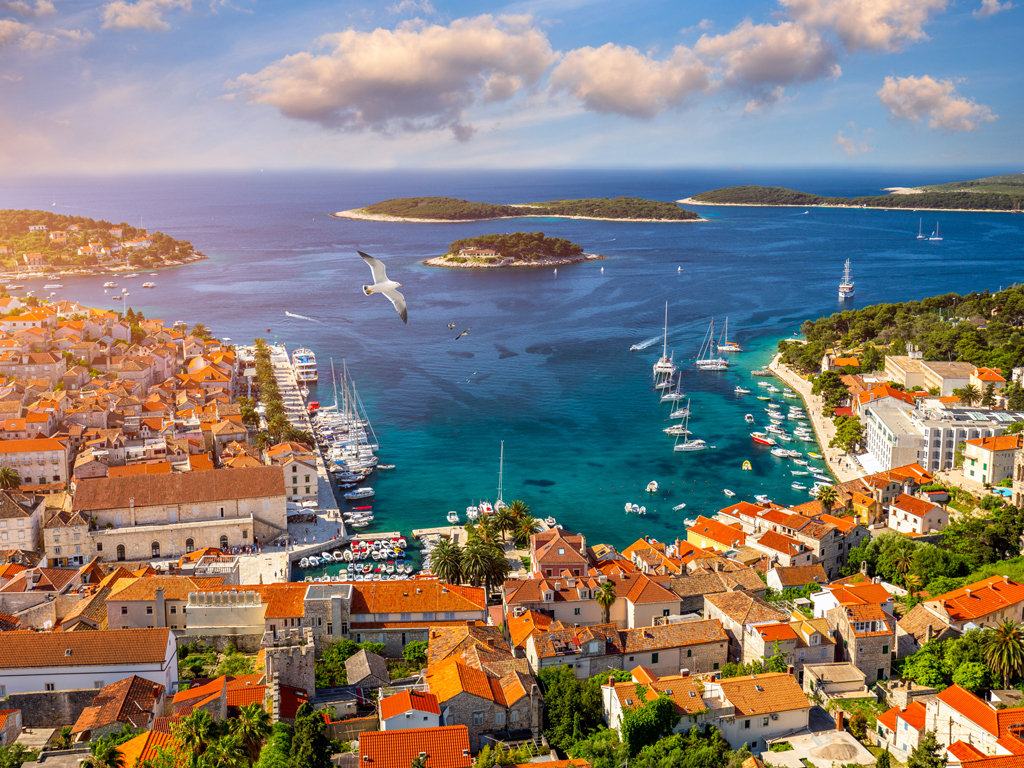 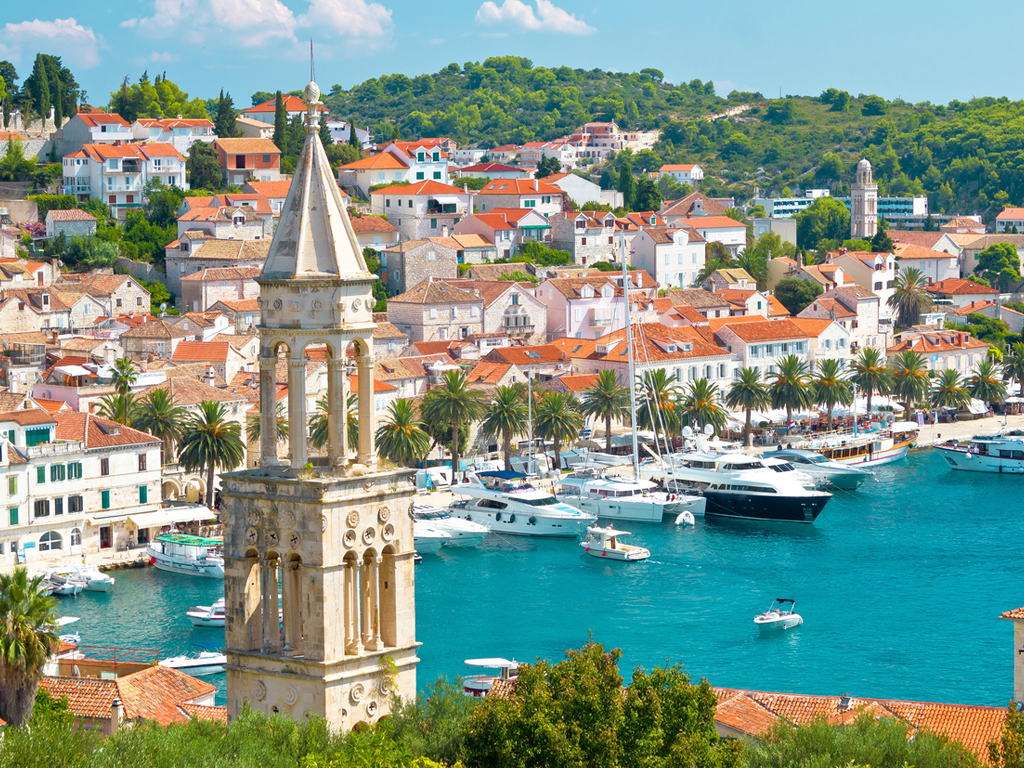 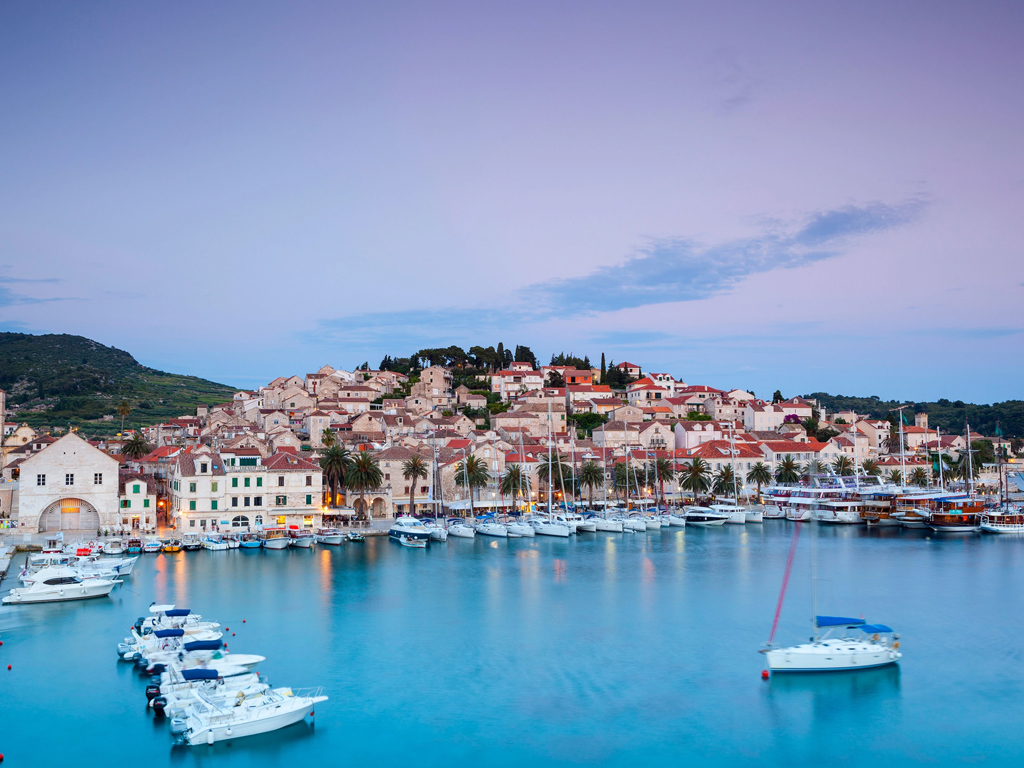 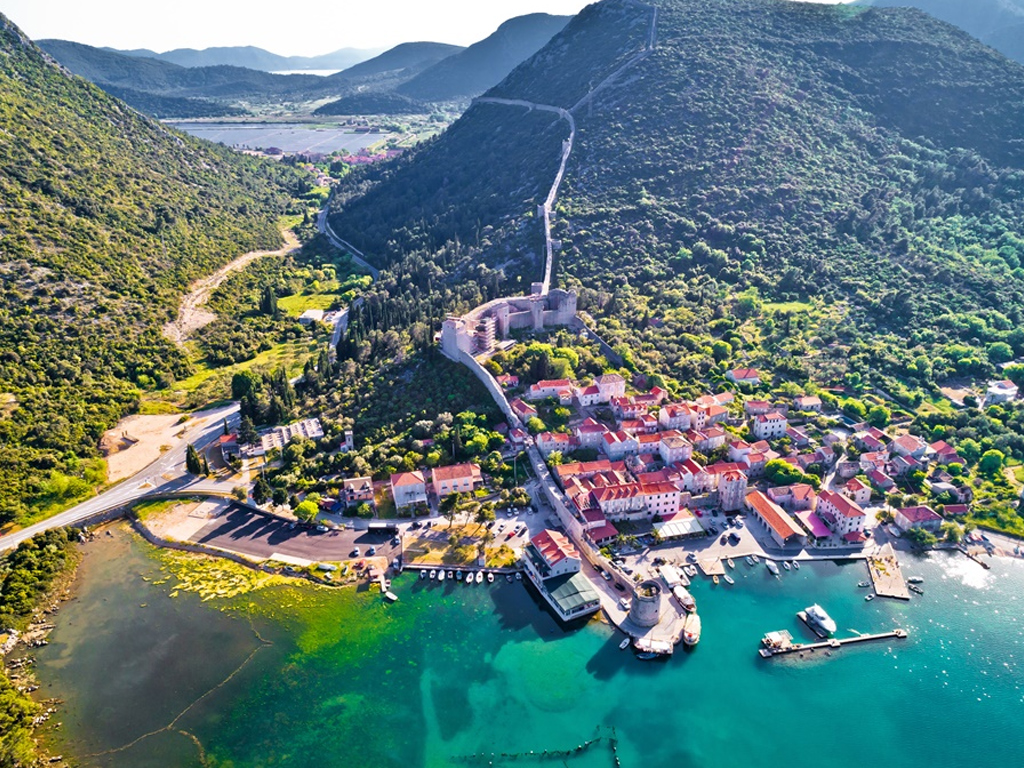 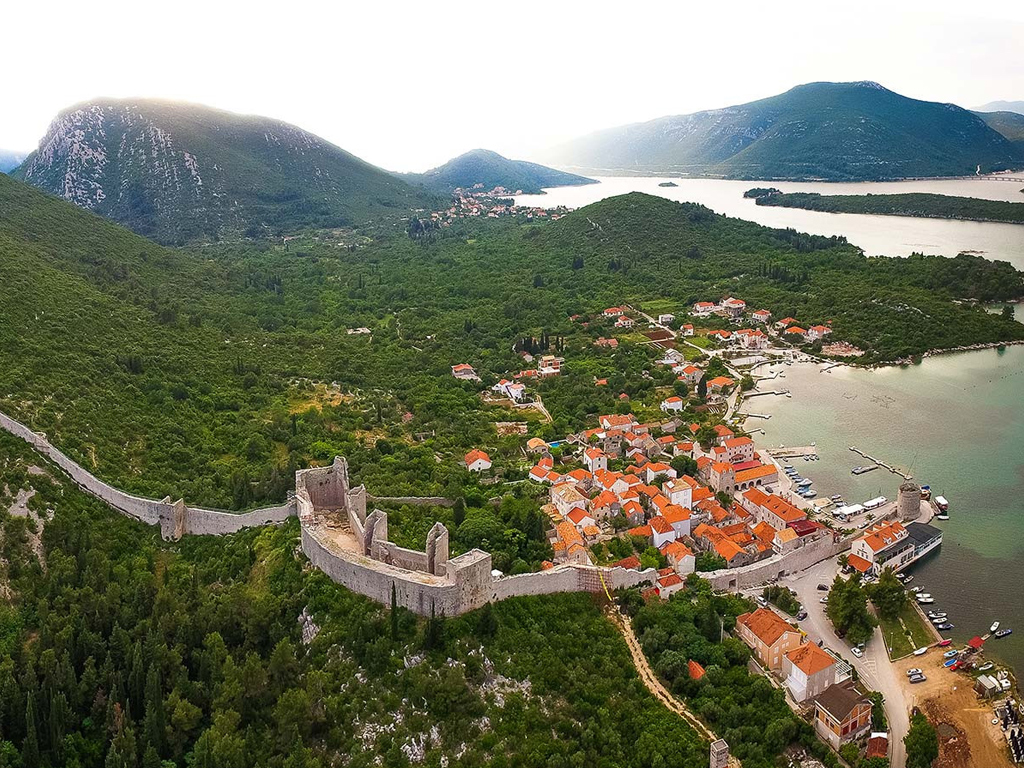 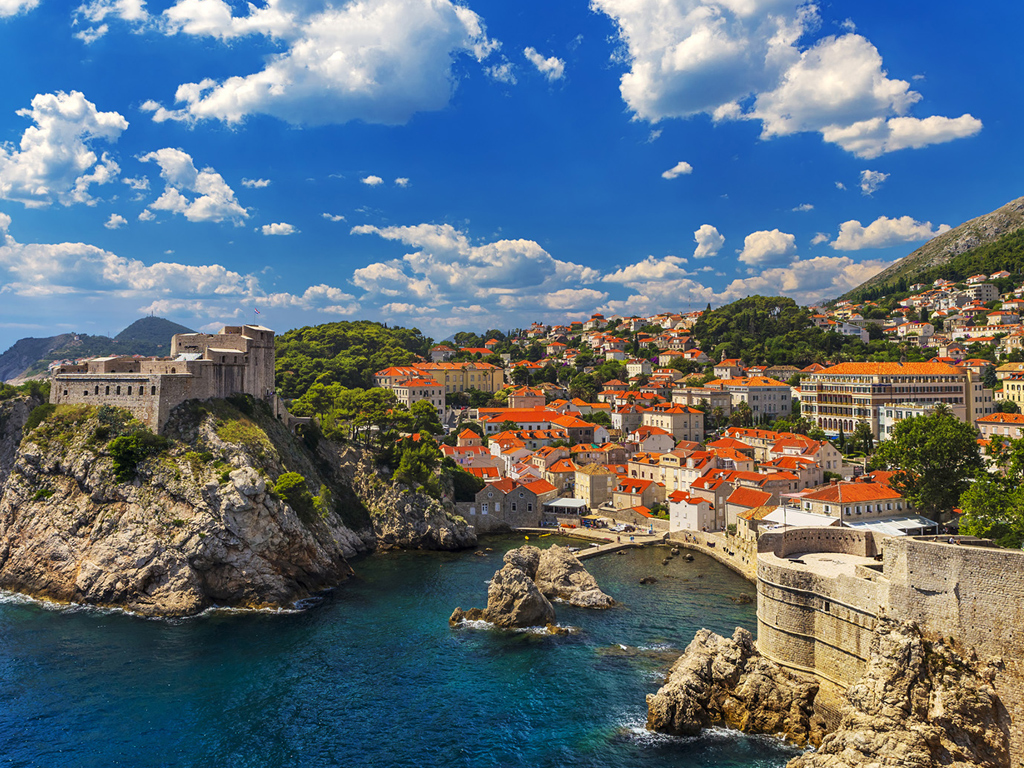 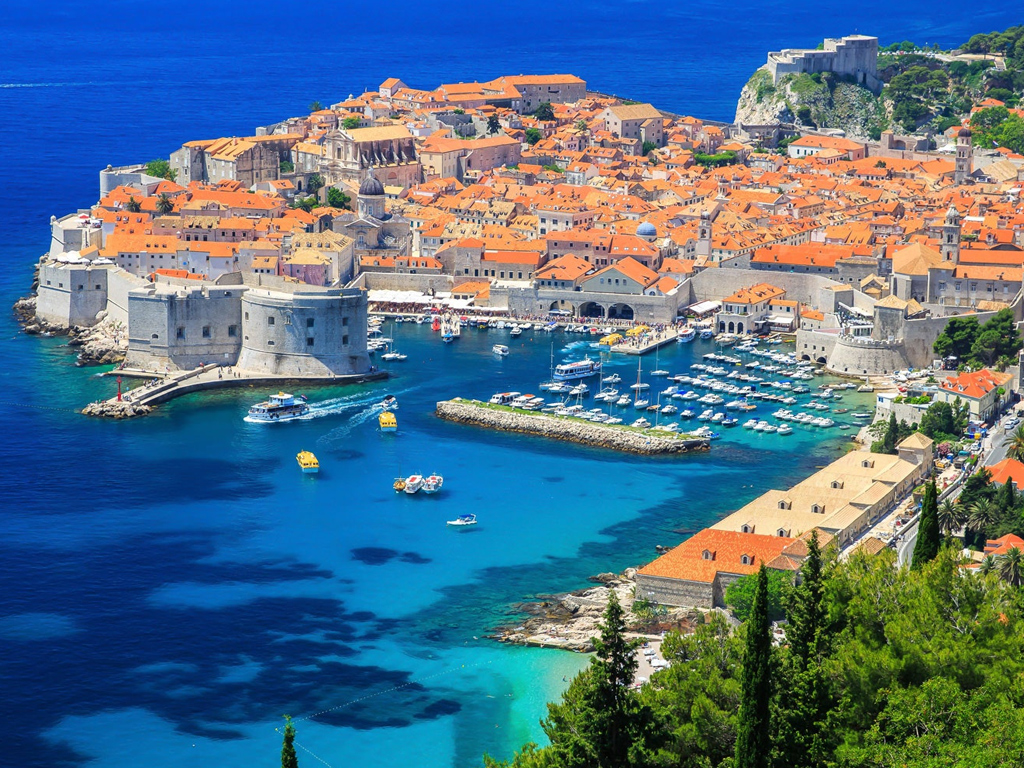 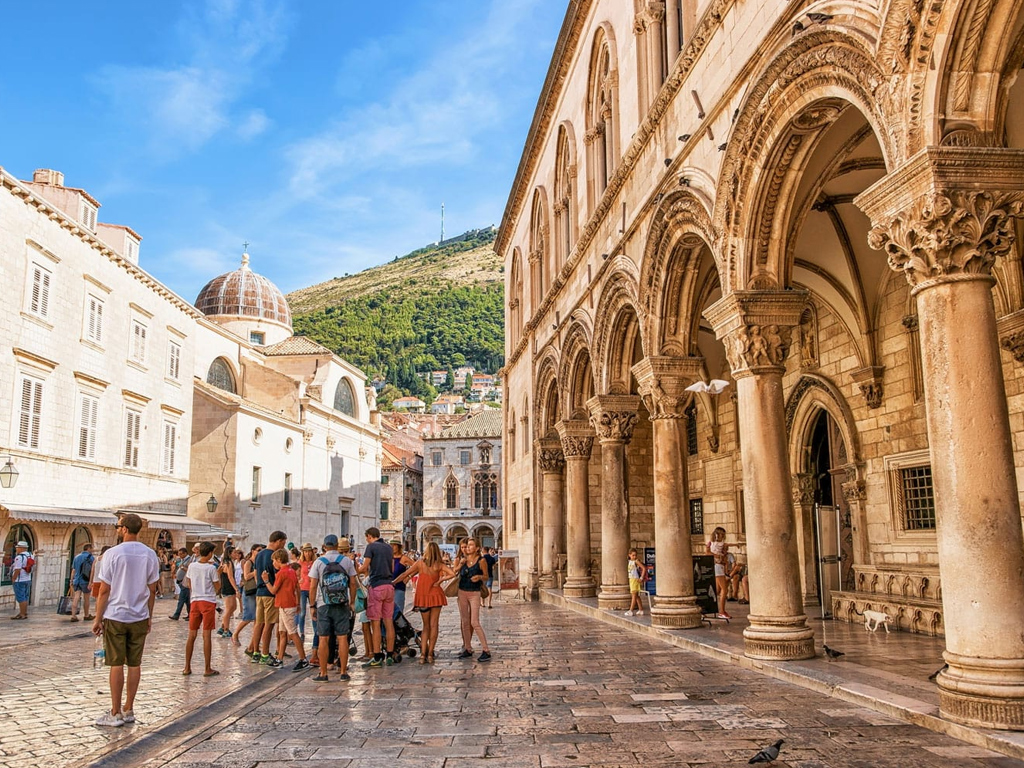 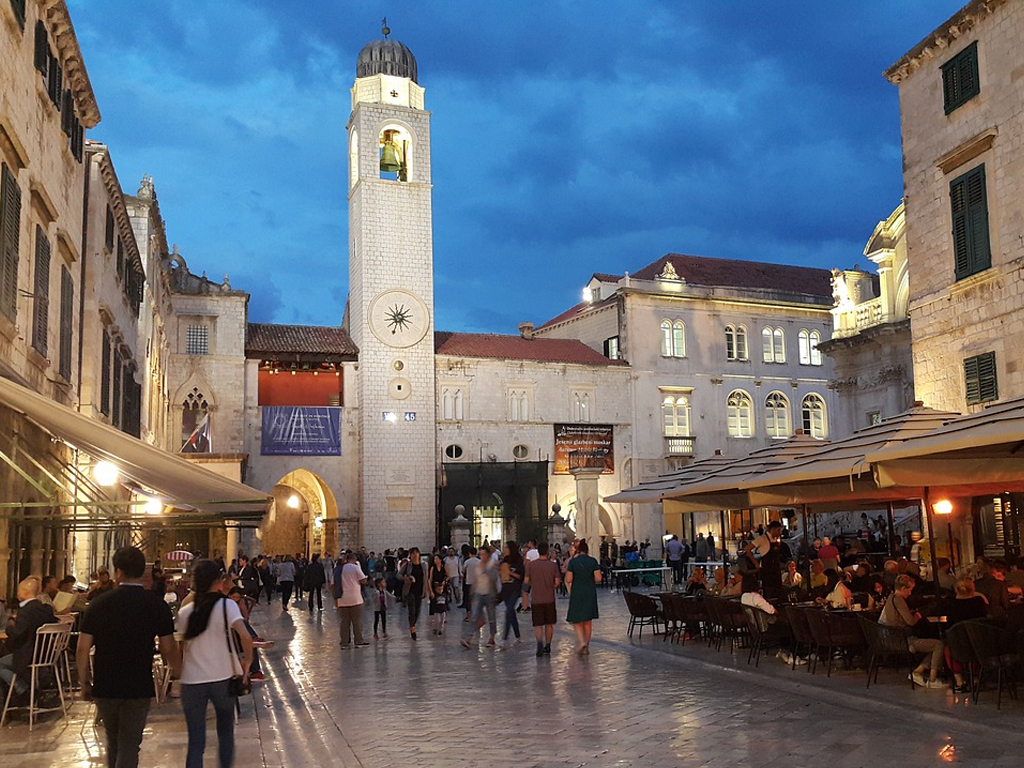 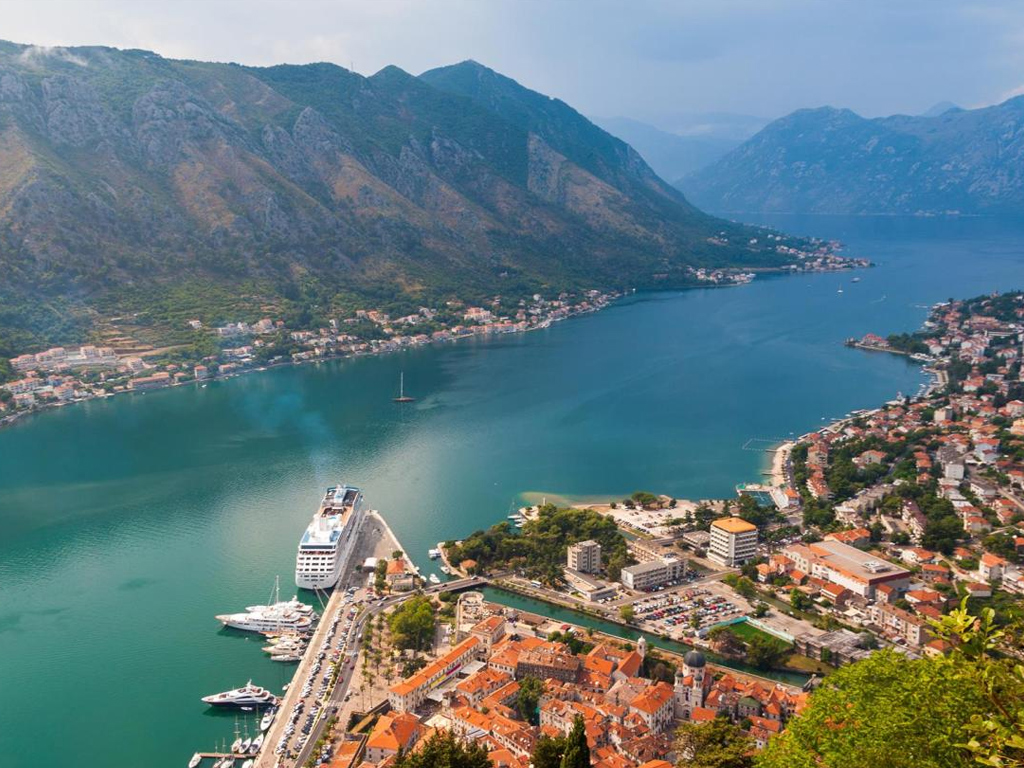 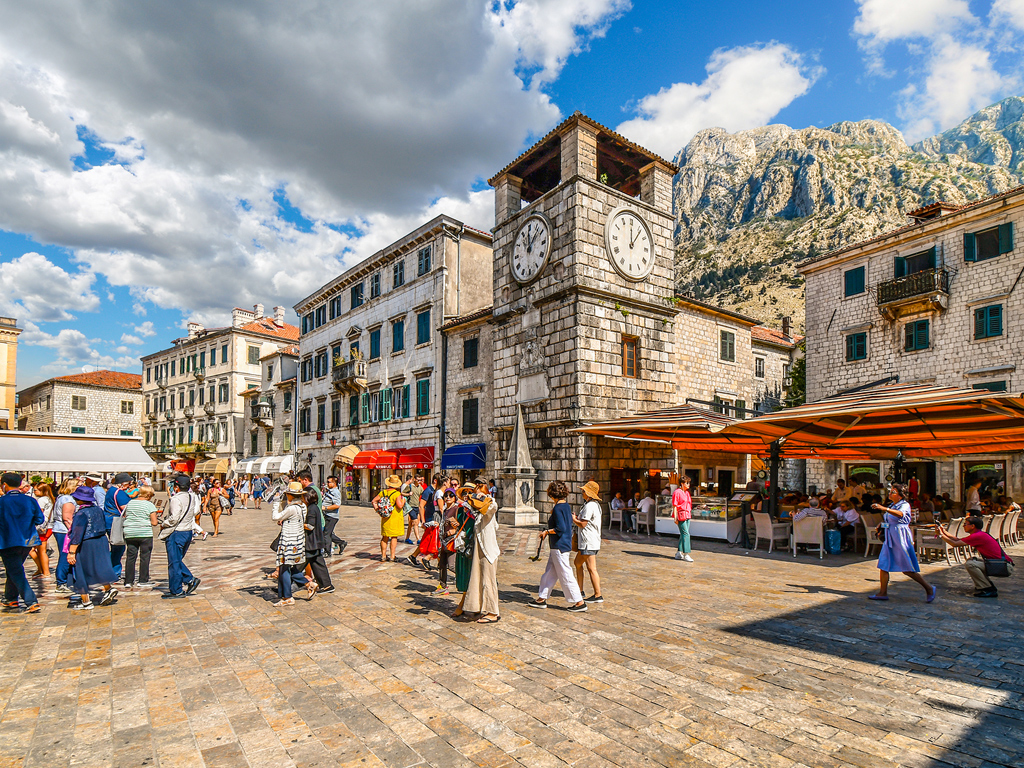 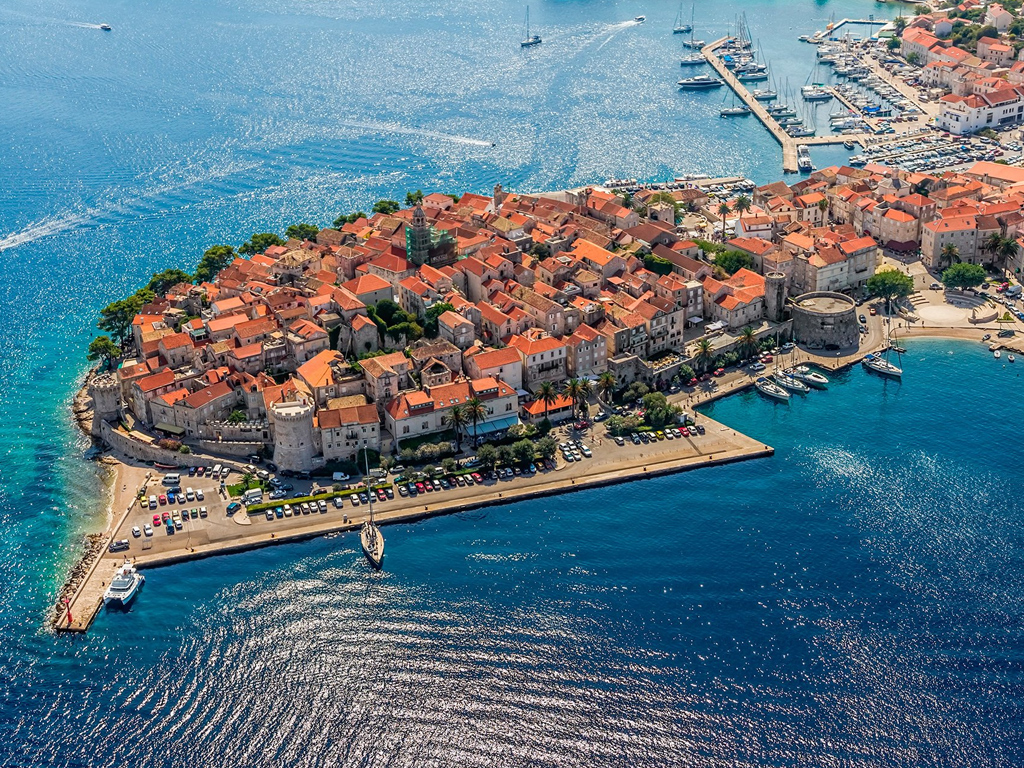 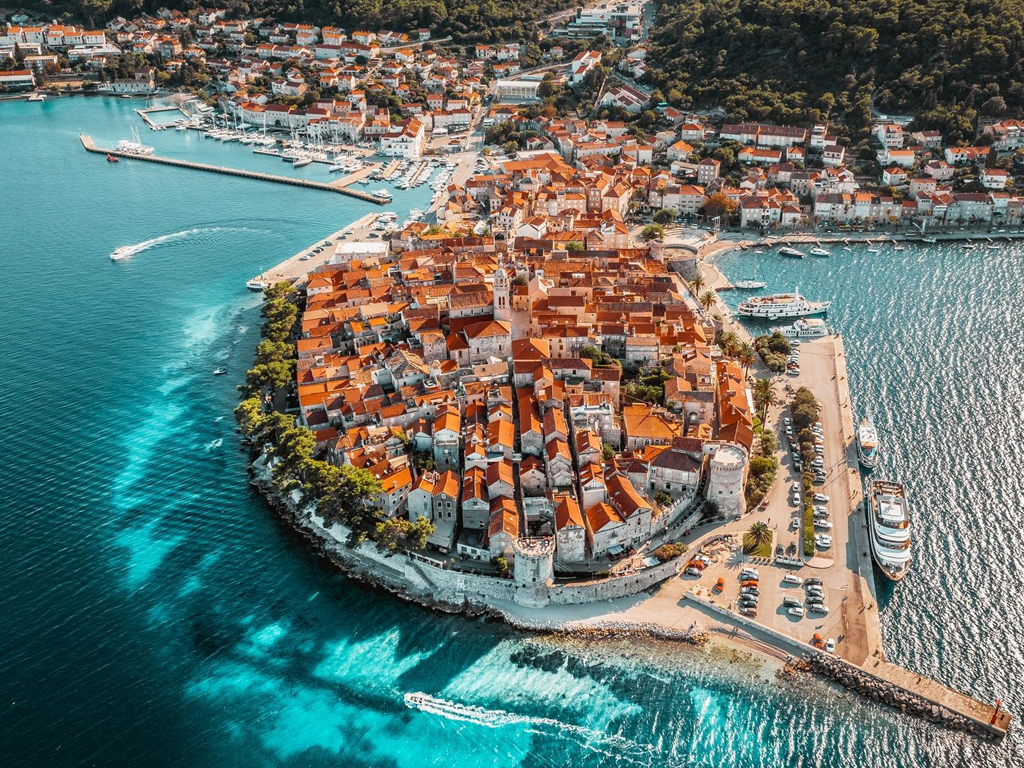