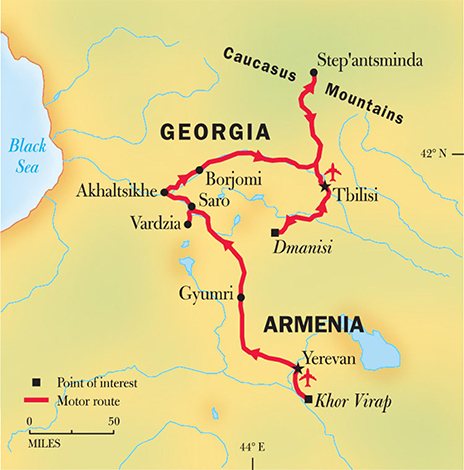 Georgia and Armenia: Crossroads of Continents
11 Days from INR 4,49,000* onwards

A National Geographic expert will accompany each departure to share insights and a rare behind-the-scenes perspective.

*Prices are per person based on double occupancy (unless otherwise noted) and do not include international airfare to/from your destination. All prices and fares are quoted in INR and subject to GST & change.

What's Included
What To Expect

This trip has an activity rating of light/moderate; travelers should be in good health, comfortable walking or standing for extended periods, and prepared for multiple hours of activity on some days. Excursions may include navigating uneven terrain, climbing stairs without handrails, and walking on paths with steep ascents/descents, with options for more physical activities such as hiking. Please note that there are some long travel days.

Accommodations
Throughout the trip, we stay in ideally located, high-end hotels with many amenities.

Expedition Team
A National Geographic expert and an expedition leader will accompany this trip, and local guides join us along the way.

Venture into the age-old towns and delightful mountain valleys of Armenia and Georgia, crisscrossed for millennia by historic trade routes. Unravel layers of history in Yerevan and Tbilisi, visit medieval stone churches with jaw-dropping views, and learn about some of the oldest-known hominin fossils discovered outside of Africa. Experience the vibrant culture and diverse cuisine of the South Caucasus through the eyes—and taste buds—of local historians, winemakers, artists, and chefs.

Arrive in Yerevan, the capital of Armenia and one of the oldest continuously inhabited cities in the world. Check in to our elegant hotel, located within walking distance of the central Republic Square.

Set out on a walking tour of Yerevan, where modern café culture thrives alongside Persian and Soviet vestiges of the city’s long and tumultuous past. Wind your way through Old Yerevan, then admire the monumental architecture of Republic Square. Climb or take an escalator up the Cascade, a grand stairway harboring an art gallery and adorned by manicured gardens. Pay your respects to victims of the Armenian Genocide at the Tsitsernakaberd Memorial Complex. Then visit a wind instrument studio and hear demonstrations of traditional instruments, like the double-reed duduk. Gather for a welcome dinner this evening.

Venture south to the verdant pastures of the Ararat Valley, arriving at Khor Virap—an early Christian monastery dedicated to Armenia’s patron, Saint Gregory the Illuminator. Explore the monastery’s walled complex, and learn about the legend of Gregory, who was held prisoner here for 13 years by Armenian King Tiridates III until Gregory cured the pagan king of illness and converted him to Christianity. Tiridates then imposed the religion on his people, and Armenia became the world’s first Christian nation. From the monastery’s hilltop position, take in magnificent views across the plain to Mount Ararat, believed by some to be the place where Noah’s Ark rested after the Flood. Later, back in Yerevan, enjoy an afternoon performance by the Nubar Folk Ensemble and spend some time with the traditional song and dance troupe. The evening is free to explore Yerevan at your leisure.

Drive towards the Georgian border, stopping in the city of Gyumri for a delicious lunch of fresh fish and Armenian flatbread, called lavash. Arrive in Vardzia, situated on the banks of the Kura River across from the fabled Vardzia cave monastery. End the day with a regional wine tasting and traditional Georgian dinner.

Visit the Vardzia cave monastery, a dramatic rock-cut fortress built in the 12th century as a stronghold against the Mongols. Then join a local historian to explore the ancient wine-producing village of Chachkari, where the imprints of centuries-old wine presses can still be seen in the chalky cliffs. Enjoy a delectable meal at the farmhouse of a local chef, and spend the afternoon wandering through Saro village and viewing the megalithic, lichen-covered ruins on its outskirts. Visit a darbazi, a subterranean home typical of the region, with an opening in the roof for light and smoke ventilation. Return to Vardzia for dinner and an evening at leisure.

On our way to Borjomi, stop at the Silk Road city of Akhalts’ikhe and tour the fairy-tale-like old town with a local historian. Enjoy an alfresco wine tasting overlooking some of the region’s wine terraces, and talk with a vintner about ancient natural wine-making methods. In Borjomi, a beautiful resort town nestled into the folds of the lush Borjomi Gorge, explore the tranquil gardens of the regal Romanov Palace, a summer retreat for Russian royalty.

Start the day with a walking tour of Borjomi and visit the Borjomi Mineral Water Park, where mineral springs were discovered over one thousand years ago. Head towards the valley town of Step’antsminda, formerly known as Kazbegi, in the Greater Caucasus Mountains. Stop for lunch in the town of Mtskheta—founded in the fifth-century B.C.—which served as a former capital and the birthplace of Christianity in Georgia. Continue along the Georgian Military Highway, a centuries-old road that winds through mountainous landscapes dotted with feudal fortresses and the occasional herd of sheep.

From Step’antsminda, take a short ride in a 4×4 vehicle up to the 14th-century Gergeti Holy Trinity Church, or opt to hike up to the iconic hilltop church with a guide. Take in spectacular views of soaring, snowcapped Mount Kazbek—the third-highest peak in Georgia. Later, a scenic drive brings us to the tiny village of Tsdo, where we’ll visit a local family and learn to cook khinkali, a savory dumpling filled with meat and spices. Cap off the day with a visit to a local felt-maker’s studio and learn about this traditional art form.

Travel south to Tbilisi, the capital of Georgia. At the Georgian National Museum, learn about some of the earliest known hominin remains uncovered outside of Africa, which were found on an excavation funded in part by National Geographic and led by the museum’s director. Later, take a walking tour of the old town, see the historic sulfur baths, and wander the labyrinth of narrow streets housing Arabic and European influenced buildings—some crumbling and others beautifully restored. This evening, discover Tbilisi’s modern cuisine while dining at the charming Cafe Littera at the Writers’ House of Georgia, an early 20th-century mansion turned cultural center. Meet the center’s director and the restaurant’s celebrity chef.

Meet with an expert archaeologist at the site of Dmanisi, where the 1.8-million-year-old Homo erectus skulls housed at the Georgian National Museum were unearthed. Stop for a visit at Bolnisi Sioni, Georgia’s oldest extant church, followed by lunch at a beautifully restored watermill. Return to Tbilisi, where we’ll explore the art nouveau Sololaki district with a local architect. Celebrate our trip with a special farewell dinner: a six-course Georgian feast with regional wine pairings, accompanied by a storytelling tamada, or toastmaster, and folk singing by a Georgian polyphonic quartet.

After breakfast, transfer to the airport and fly home. 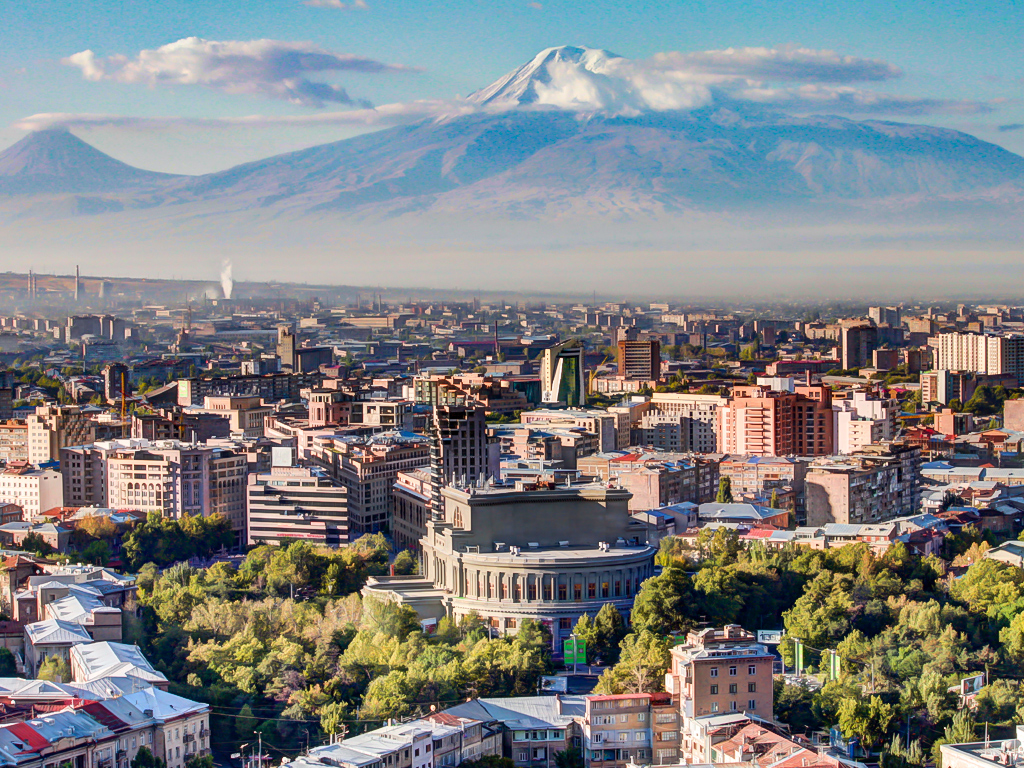 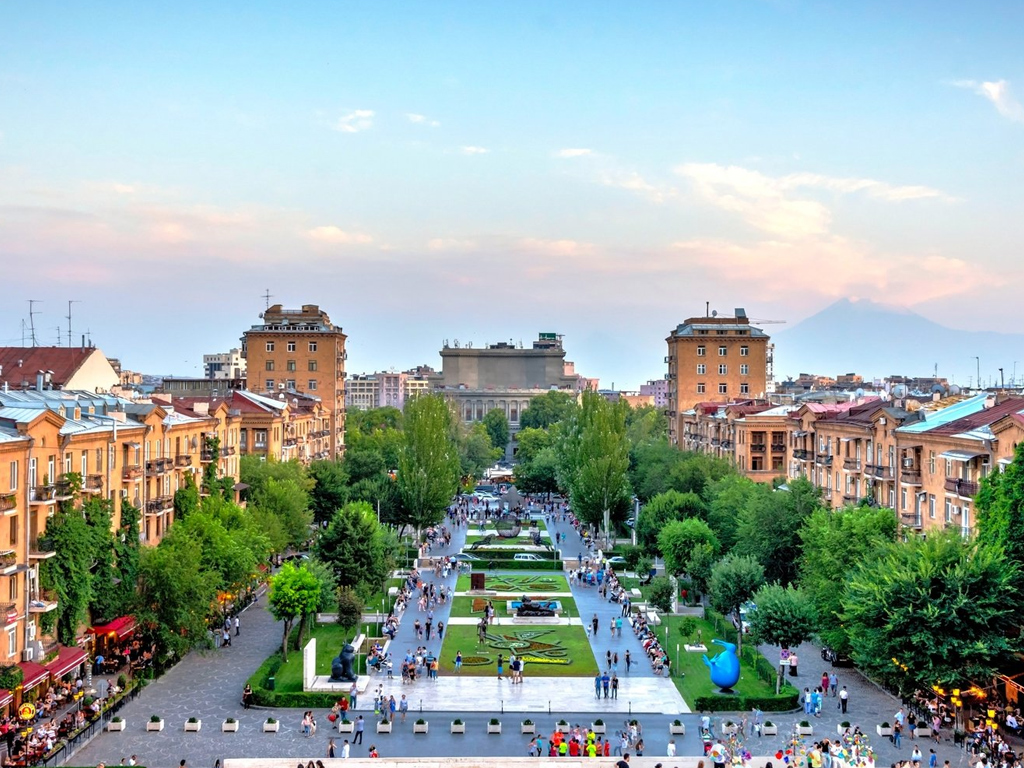 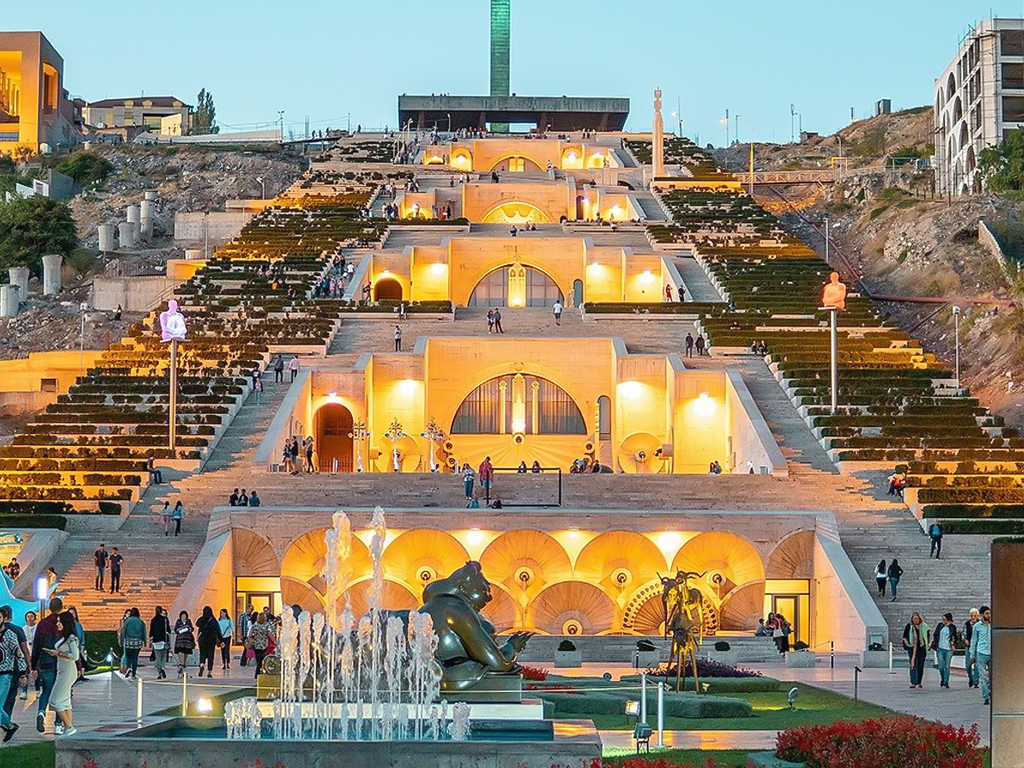 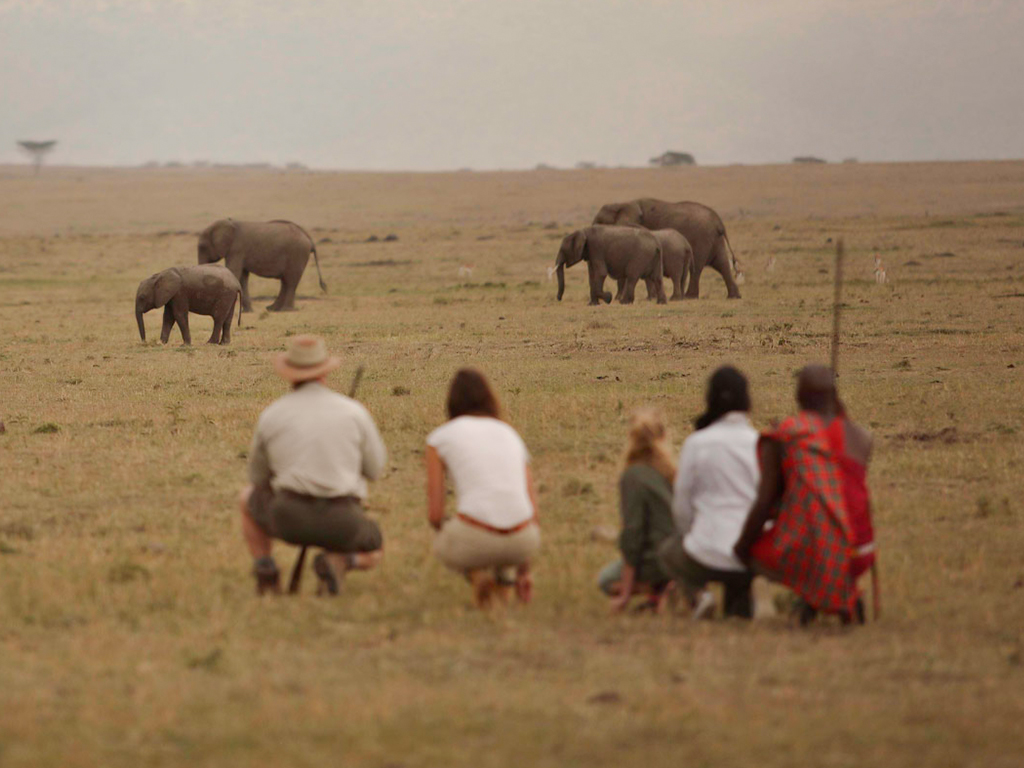 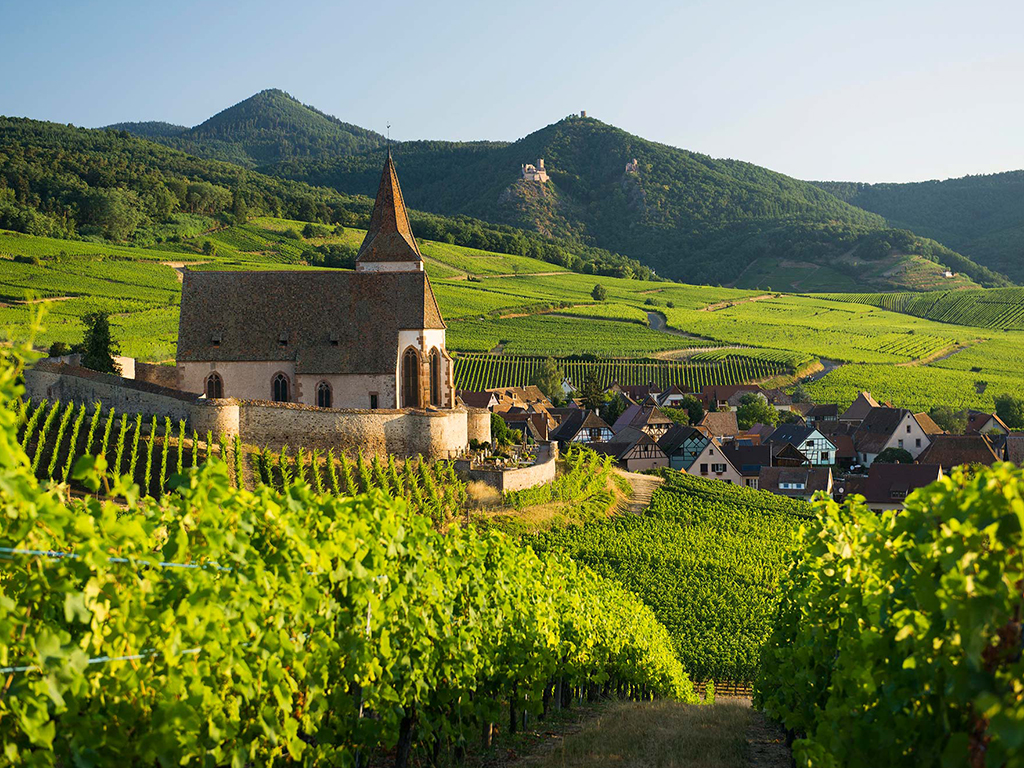